How to make group dates work 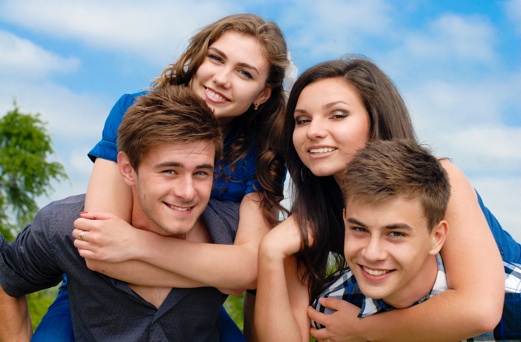 One-on-one dates can be tricky, especially if you just met your crush. Lessen your stress with the miracle that is the group date. Here are various pros and cons, and quick tips on how to rock the group date scenario.

Here’s how you introduce the idea:

This is a casual yet clear way to invite him, but still show that it’s going to be a chill time. You’re not asking him on a date, yet you still want to include him, which shows that you’re interested in hanging out with him more. Plus, if he’s busy, you can still just hang with your friends! Bowling, a barbeque, a pool party and a dinner with your crew are all great ideas for group dates.

1. Zero pressure. You’re barely asking him out. Plus, if you tell him to bring friends, it’s an especially low-key request.

2. The more, the merrier. The bigger the crowd, the more fun and relaxed the situation is.

3. Getting to know him. A bigger crowd gives you a great sense of who your guy is in the real world, not just in a private one-on-one scenario.

1. Lack of clarity. He might not really be sure what you want out of him. Are you asking him out, or do you just want to be friends? Be sure to spend extra time with him to let him know you’re interested in him.

2. Lack of intimacy. It’s impossible to get alone time in a group, which is important to forming a lasting bond. If you’ve already hung out with him in a group, you’re better off trying for a one-on-one hang out.

3. He might be nervous. If you ask him to hang out with a bunch of people he doesn’t know, he might be more on edge than normal. Solution: Tell him to invite his own friends, or better yet, that “so-and-so” who he’s friends with will be there. That way, he isn’t intimidated.

+ Hundreds of ways to break the ice

+ How to tell if he likes you, likes you