Why don't guys pick up on my hints? 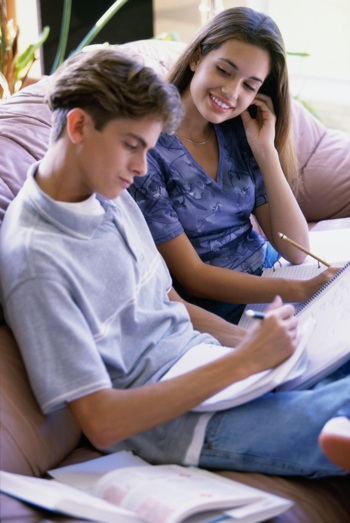 I was crushing on this guy I was in a school play with, but he's older than me. He really seemed into me, and then he started dating one of my friends. Did I just interpret his signals wrong, or does he actually like me?

His Answer: “A lot of times when a girl is flirting with me, I don’t realize it,” says Ben, 15. “I honestly think she is just being friendly. Sometimes guys can be unintentionally oblivious to girls’ feelings and do things that they might find offensive, that we don’t even mean.”

Decoded: It is a known fact that a male brain develops slightly slower than a female’s, which is only part of the reason why you might feel “ignored” by your crush. Don’t take it personally! Teenage guys are trying to juggle school, hormones, friends, and girls all at the same time and their actions may seem impulsive, which is perfectly normal.

Your Move: Don’t be discouraged and move forward! Just like Ben said: Don’t be too hard on yourself, because the guy most likely doesn’t even realize that he hurt your feelings. Stay confident and find another guy who does pick up on your hints.