Who should star in Girl Meets World? 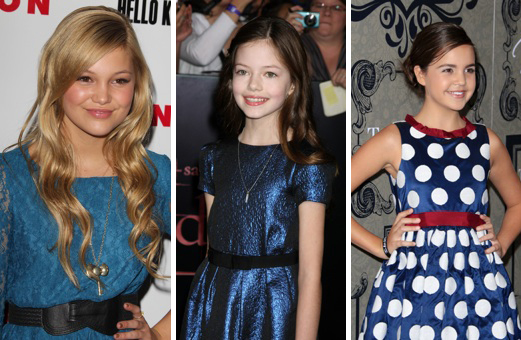 Boy Meets World meet Girl Meets World. Yep, the Disney Channel is reportedly in the early stages of coming up with a sequel to the TGIF classic, Boy Meets World. The show will focus on a pre-teen girl and will apparently be a spin-off of the original series. There’s even talk about getting Ben Savage and Danielle Fishel (Cory and Topanga) to come back as the pre-teen’s parents!

We’re super psyched about the series, so we came up with the top four actresses we think would be a good fit if cast for the lead role. Who do you think would work best?

This girl is on fire! Known for playing Maxine in Wizards of Waverly Place, Bailee has just finished a couple movies, including the upcoming Parental Guidance (catch it in theaters this Christmas). Could we see this cutie scoring the lead role?

Olivia is making some buzz with her lead role in Disney’s original movie Girl Vs. Monster and we already love her as Kim in Disney XD’s Kickin’ It. This spunky gal has proven her skills and is already part of the Disney family, so it would be an easy transition.

Remember Ramona and Beezus? Joey plays the sweet, quirky Ramona. She’s been in tons of stuff since then but what about her own TV series?

With The Twilight Saga: Breaking Dawn – Part 2 out, it’s hard not to consider Mackenzie for this role! The starlet is breaking out in the biz and a Disney show could be a good move for her.

Would you want to see one of these girls star in Girl Meets World or do you think we missed an awesome chica? Blog about it, babes.