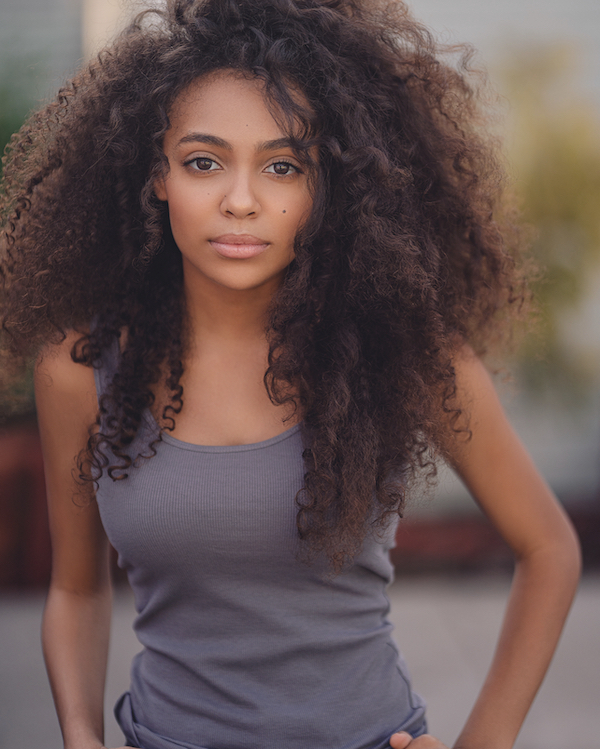 Cassidey Fralin has loved every minute since she started acting on Disney Channel's Sydney to the Max. And the show, which focuses on highlighting social issues (you might have seen the important conversation between two of the main characters, Sydney and Emmy, about the microaggressions they are seeing in their own classroom) is one of Disney's most popular.

We sat down with Cassidey to talk about her acting career, her favorite moments on set and why she's so happy to be a part of a show taking on tough issues and making a difference.

What inspired you to start acting?
I love stories and storytelling more than anything. Once I realized that real people could embody the characters I loved so much and that I could be one of those magical people, there was no stopping my love for studying and practicing screen acting.

Who are your role models in acting?
I've looked up to Amandla Stenberg since I was very young and can only hope to have an acting career as diverse and astounding as hers. She's so talented; she's got this ability to completely embody every role she plays in the most beautiful and detailed way. It would be an honor for me to meet her one day, and even bigger an honor to act in the kinds of films she has worked on.

What have been some standout experiences since your career began?
In Sydney to the Max’s episode titled “The Hair Switch Project,” my character tells her mother that straightening her hair makes her feel like she is losing herself. I really appreciated the opportunity to highlight the unique relationship between Black hair and identity, and to affirm for our audience that they are most beautiful as their authentic selves.

Tell us a little bit more about Sydney To The Max!
I play the role of Young Alisha, Sydney’s mother, who appears in the show’s flashbacks to the 1990s. Booking the role of Alisha and being able to portray her character for a year must be the most memorable experience of my career so far. Alisha is a lot like me—she loves to have fun, but she's also a dedicated student who eventually becomes a surgeon (one of my dream careers)! She is exuberant and forms fast friendships with the kids in her community, including Sydney’s future father. On Sydney to the Max, we work to address social issues like microaggressions or discrimination against Black hair in an entertaining and educational and understandable manner, which is something I really adore, and it makes me proud to be on a Disney Channel show.

How do you get in character?
I always feel lucky when I am provided an entire script when reading for a role, but since that only happens occasionally, I always start preparing for an audition by thoroughly studying any information about my character that I’m provided and taking *tons* of notes. This helps to ensure I really understand my character, and after that step, I work on putting my own spin on the character's breakdown.

What's your advice for young aspiring actresses?
As an actress, it can be upsetting to feel like you are doing everything “right,” but not always getting everything you're looking for. But you should never give up! The universe has something in store for you, it's only a matter of time. If you really love acting, take advantage of every opportunity to practice and study. That will both make you better when people are ready to watch you and provide you with knowledge about yourself and your abilities, which is *so* valuable.

Inspirational quote: “Carry out a random act of kindness, with no expectation of reward, safe in the knowledge that one day someone might do the same for you. ” – Princess Diana

Who’s your biggest inspiration in life and why?
One of my biggest inspirations in life is Ellen Pompeo. I admire everything about her. I haven't watched 343+ hours of Grey's Anatomy for nothing, haha. Ellen truly inspires me every single day. I mentioned earlier that what I love about acting is the opportunity I get to communicate with people of all demographics in a loving and educational way. Ellen communicates the motif of acceptance in every single episode of Grey's Anatomy, through her flawless on screen acting but also behind the scenes when advocating for important topics to be represented respectfully in her show. She goes about everything with poise, and I don't think I will ever not fan girl when she is brought up in a conversation.

What advice do you have for teen girls to feel confident being their authentic selves?
Platforms such as TikTok and Instagram have served as an amazing way for our generation to educate ourselves and disseminate important information. However, unfortunately, social media can also promote a harmful and unrealistic standard of lifestyle and beauty. Know that you are absolutely beautiful without the beauty filter, without the face tune, and without all of the unrealistic societal standards expected of us at such young ages. Keep doing you, and do so confidently! You’re stunning! 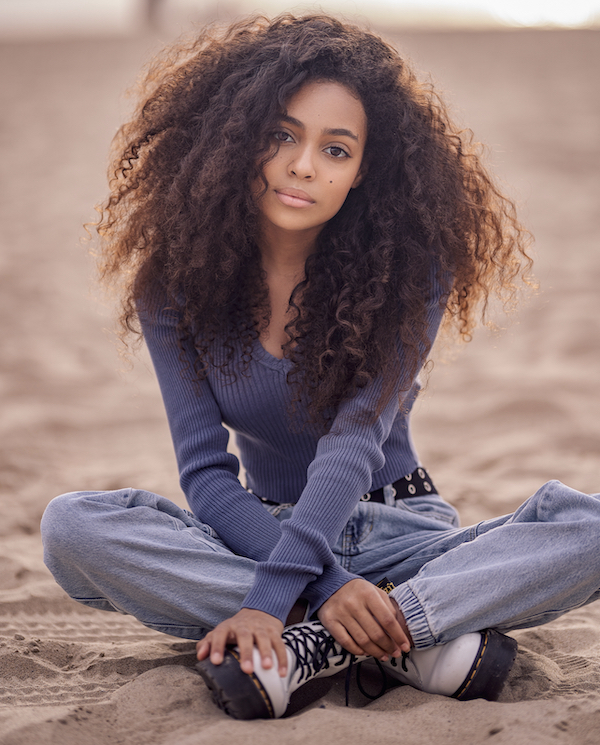 Have you seen Sydney to the Max? Which episode is your fave? Let us know by sharing on Twitter and tagging us @girlslifemag!