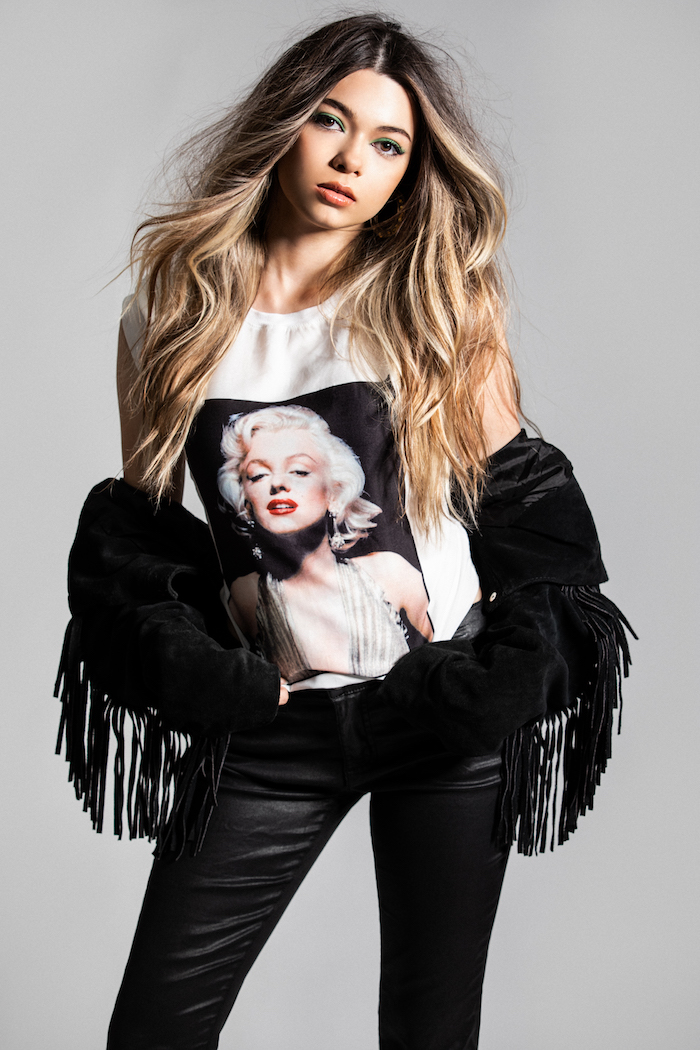 Known for her roles in Disney's Adventures in Babysitting and FX’s American Horror Story, Nikki Hahn is no stranger to the spotlight. Whether she is memorizing lines for her latest film or writing upbeat, catchy songs, Nikki Hahn is the good vibes entertainer you *need* to follow this summer.

Adding to an already robust resume, the teen star just released her second single, “Obvious.” Reminiscent of Dua Lipa’s Future Nostalgia, “Obvious” is the dance-pop song that will bring you good vibes all summer long. Keep reading to learn more about Nikki, her greatest inspirations and her latest single.

GL: How did you know you wanted to go into the entertainment industry?

Nikki: I've been doing both since before I can even remember. I've always loved acting! When I was two I would always ask my mom to act out Disney princess scenes with me. Ironically, my first commercial was for Disney, and I got to dress up as my favorite princess which really got me hooked on acting. As for singing, I started singing through musical theater. I got into singing pop because of acting, though. I had an audition where I had to sing a pop song which is when I really started listening to and experimenting with pop music.

GL: What is your favorite role that you've played?

Nikki: I would say it's either been in American Horror Story or Genius Einstein. I got to play a villain on American Horror Story which was a dream come true because I love the horror genre. For Genius Einstein I was flown to Prague for about three weeks. I love period pieces and getting to travel, so this was a great role for both. Playing a historical figure was out of my comfort zone and different from anything I had ever done before!

Nikki: Hailee Steinfeld and Selena Gomez because I really like how both of them have balanced their careers. I really love Avril Lavigne, Ariana Grande and Lana Del Rey as well. I also actually listen to a lot of 80s rock like Def Leppard, so I think musically you guys will get to hear some of that from me in the future.

GL: Tell us about your latest single, "Obvious."

Nikki: So "Obvious" is about when you like somebody and you drop hints but they are still totally clueless. I was really inspired by 90s Britney Spears as well as Future Nostalgia by Dua Lipa, which had just been released. During the pandemic, I just thought we needed more positivity and uplifting vibes!

GL: What was filming the "Obvious" music video like?

Nikki: It was like a big party on set. Most of the cast knew each other already and the location was a lot of fun. When I first started scouting locations, I saw this studio and I felt like they hacked my Pinterest board because the vapor wave 80s neon theme was all there. I was sooo into it. Because of the pandemic, I had really missed being on set. Being in front of the camera is kind of my element since I have been doing it for so long. It really just came naturally, it was a lot of fun and it didn’t even feel like work!

GL: What is something people would be surprised to learn about you?

Nikki: I'm a second-degree black belt in karate. I think some people are surprised because I come across as kind of girly, but I really love karate. I get to work with nunchucks and swords and stuff—it's really cool.

Get to know Nikki...

Current binge-watch? The Crown—my parents got me into it.

GL: We heard you enjoy collecting vintage vinyls and clothes. How did you get into this?

Nikki: Over quarantine I got into 80s rock. Because of this, I started looking for the actual vintage vinyls. Now I have maybe five or six that are actual vinyls from the 80s. I actually wore some vinatge clothes in the "Obvious" music video. I sort of self styled, so a lot of the clothes I already had because I’d stocked up for future events and photo shoots. One of my outfits in the music video is a dress from the 80s and a hat from the 70s, which I think is really cool and kind of incorporates my interests.

GL: What is next for you? Do you see yourself pursuing both acting *and* singing long-term?

I’ve been super busy lately! I’ve been in the studio and songwriting a ton. Of course, I've been going to a ton of auditions since everything is starting to open back up in the industry. I'm absolutely going to keep doing both acting and singing. I really look up to like Hailee Steinfeld and Selena Gomez in that aspect because they release music and they are still acting. I’ve been doing both for so long that choosing would be like having to pick a favorite child...so definitely both for long term. 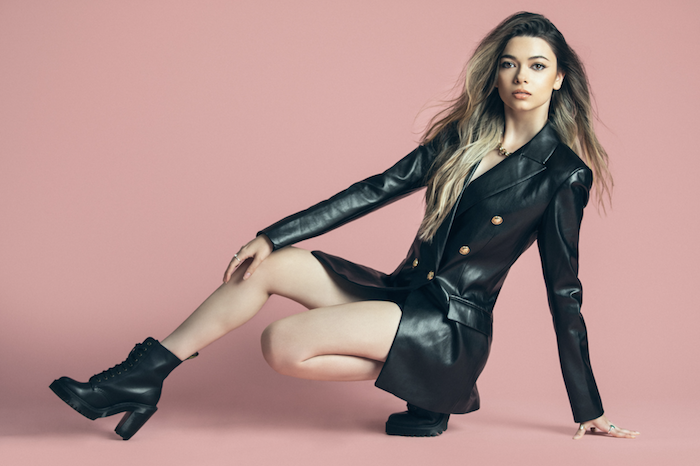 Want to keep up with all of Nikki's latest adventures? Follow her on social media @nikkihahn.

Parts of this interview have been edited for grammar and clarity.