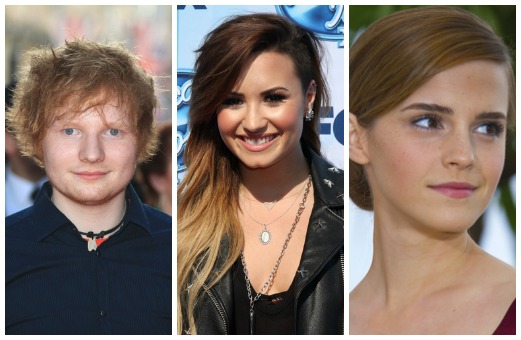 Sweet summertime is upon us and we couldn’t be happier! In La La Land this week, there were major moments from our fave celebs. From graduations to broken records and everything in between, this week had it all. Who landed a movie deal and who has a new documentary? Read on to find out!

Our fave witch earned her degree this week and we are so proud! Harry Potter star Emma Watson graduated from Brown University, making her one smart celeb. After her HP years were over, Emma decided she wanted to continue her education and went on to an Ivy League school. We are super impressed that she was able to balance both a successful acting career and a degree in English Literature. Way to go, Emma!

Look out, world! The Janoskians have reportedly landed a movie deal with Lionsgate and are set to release a comedy full of pranks, tricks and hilarious events. Our fave jokesters are going from our laptops to the big screen and we are super excited to see what they have in store for us. Maybe we’ll see a special appearance from Jai’s on-again off-again girlfriend Ariana Grande.

Kickin’ It’s very own Leo Howard (Jack) has just been certified as the youngest TV director ever. Leo was the director for Kickin’ It’s Fight at the Museum episode, which is set to air on Disney XD June 30. For the past two years Leo has been shadowing the directors and trying to learn as much as he could to make sure he did his best. This is an amazing achievement and we are excited to see how his directorial debut turns out.

Lovatics everywhere got a huge surprise when Demi Lovato uploaded a new Instagram video yesterday. Demi announced that she will be going on a world tour—and she’s bringing Christina Perri and MKTO with her! Get your money ready, tickets go on sale June 6. You can get more info at DemiLovato.com.

The only thing better than Ed Sheeran? Lots of Ed Sheeran, obvi. It was revealed this week that the singer is releasing a new documentary “Nine Days and Nights” that is set to air on MTV June 10 at 11 p.m. Leading up the event, Ed will be taking over MTV and revealing “100 Things About Ed Sheeran” on June 8. Plus, you can now enter to win an intimate after-show with Ed himself by using the hashtag #EdSheeranNow. Nothings sweeter than Sheeran!

+ Who ruled the red carpet this week?