When it's #NotOK: The truth about sexual assault 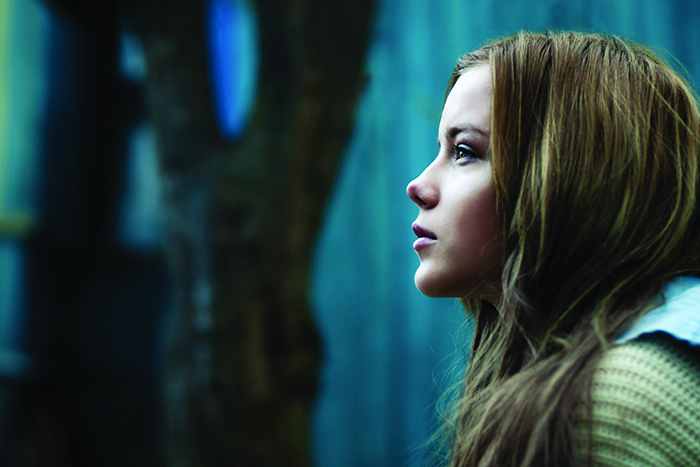 No means no, right? The news is filled with reports of women and girls who say their N-O was ignored. Here’s the truth about why guys get aggressive—and what you can do to stop them in their tracks.

Alexa R.*, 16, was at a party with a bunch of kids from school when a guy she didn’t know started flirting with her. Soon, he was wrapping his arms around her and staring down her shirt. She knew it wasn’t OK and told him to stop, but he didn’t listen. And when she told him she was heading home, he persuaded her to stay.

Alexa felt pressured not to make a big deal out of it to those around her, so she moved to another room in an effort to avoid the guy. He wound up finding her anyway and forced her to touch him in ways that made her really uncomfortable—even though she said no.

As terrible as it sounds, Alexa is not alone. Stories of sexual harassment have dominated the national conversation since early October and drawn attention to a problem that the Centers for Disease Control and Prevention says affects one in four girls under the age of 18: sexual violence.

What is sexual violence? Many think of a horrific crime like rape, but the scope is broader than that. Sexual violence isn’t just unwanted sexual contact (like someone kissing or touching you without your consent)—sexual violence also is someone saying something sexual you don’t want to hear or sending you or showing you images you don’t want to see. It also can be verbal threats or intimidation: “If you loved me, you would do this...”

Our own study of GL girls revealed that about half of them had been in a situation with a guy in which he wanted to do something physical, but she didn’t want to go along with it.

While most of the guys stopped as soon as they heard no, 32 percent of girls reported having their pleas ignored. And lots of girls have learned the hard way that unwanted touching or attention doesn’t just come from random creepy guys on the dance floor or BFs who want to take the relationship to the next level.

Take Maggie L., 17, who was hanging out with her BGF one night when things started to get weird. She was sharing a chair with him as they played a board game, but she didn’t think much of it—the two spent a ton of time together and were often affectionate.

But the next thing she knew, he was rubbing her inner thigh, and she could tell he wasn’t going to stop there. She felt scared, but took a deep breath and calmly told him no.

“It made me really uncomfortable how fast he was going—we weren’t even dating,” she shares. It didn’t seem like he was going to listen to her, so Maggie decided to leave. It was a tough decision to make, but ultimately it was the right one—even though it made her reconsider their friendship. She thought they were best friends, but “his actions proved that he actually didn’t care about or respect me,” Maggie reveals.

So why are seemingly sweet guys—maybe even the same boys you’ve been friends with for years—suddenly getting pushy with you? Blame a complicated mix of basic human evolution, biology (hello, hormones) and social pressure.

“It’s socially acceptable for a boy to be a little bit aggressive,” explains psychiatrist Dr. Jeff Sugar. Of course, he’s not saying that the aggression is a good thing, or that it should ever be tolerated—especially if a guy makes you uncomfortable, anxious or even scared.

LASTING EFFECTS
Boys may not realize it, but the effect of their aggressive actions may linger long after they try to go too far. Many girls become afraid or uncomfortable around boys. Others worry about what the next guy might try to do to them.

“I get panic attacks if a strange guy talks to me in any way, flirting or not,” says Sara B., 16, who told us a guy kept kissing her and touching her in ways she didn’t want or like, even after she told him no. “When someone forces you into something you don’t want to do, you’re wary of every boy you meet.”

Even though these girls did absolutely *nothing* wrong, some reported that other kids at school turned on them, calling them terrible names and questioning their reputations. Sexual violence also can cause self-esteem to plummet and an increase in depression and anxiety. Further, sometimes even close friends and family aren’t supportive.

As Dr. Sugar points out, a girl whose parents are blaming her or whose crew is teasing her is going to have a tougher time coping than a girl whose friends and family are supportive and open to listening. That’s when turning to a pro—like a counselor, a teacher or a trusted adult—can help you sort out your confusion and anxiety.

HOW TO SAY NO
So how can you prevent yourself from getting into a bad situation to begin with? First, know that your consent is important. If a guy starts kissing you and you ask him to stop, then he must stop right then and there. Period. Ignoring you and continuing to kiss you anyway is considered sexual assault.

“Be clear about what you want. It’s important to have an assertive voice and face,” says Holly Kearl, a researcher who studies sexual violence. “Sometimes a simple, ‘No, I’m not interested’ or, ‘Leave me alone’ will suffice.”

If you’re about to go on a date with a guy, consider any physical stuff before you’re alone with him. (Will you be OK if he holds your hand? What about if he wants to kiss you?) If you’re just not ready to go there, let him (or her) know where you stand as soon as anything uncomfortable starts to happen.

“It’s completely normal to feel anxious about saying no,” says Rachel Simmons, author of Odd Girl Out. “Girls should keep in mind that they’re growing up in a culture that really expects them to be nice all the time. So saying no can feel not only like you’re doing something wrong, but it can feel unfamiliar.”

Even if you’ve said no a million times before, uttering the words to a guy will be totally different. He’s likely to have a reaction, and...it might not be positive.

The fact is, though, you have to feel confident in your decision and convictions, even if he tries to persuade you to change your mind. “You have to be prepared for that,” Simmons continues. “It’s unrealistic to think there won’t be a reaction [to your no], but it doesn’t mean that you’ve done something wrong.”

And whether you agreed to come over to his house or went out to dinner on a date or you’re riding the bus home from school, that doesn’t mean you have to stay put. Even if it feels awkward or rude, get up and get out.

It also helps to find a friend to stick with. While the old saying “safety in numbers” isn’t foolproof, it helps. But if things start getting uncomfortable (like people getting drunk and grabby) text a parent to pick you up. They’d much rather get you than have you in a bad sitch.

If it’s already gone too far, leave ASAP and tell a trusted adult or authority figure what happened and whether you feel unsafe, threatened or concerned it might happen again.

WALKING AWAY
Recently, Lily H., 18, was at a party when a guy nearly twice her size grabbed her butt. Lily was scared (this guy was huge—and a stranger), but she quickly told him, “Don’t touch me!” He was ready with an answer, too: “You should feel lucky a guy like me even noticed you.”

“I felt bad,” says Lily, who left the party with a friend soon after. “And then I felt powerless. It’s like, what can I do to make him understand this is wrong?”

While many girls worry that they somehow invited the unwanted behavior or reacted the wrong way, Dr. Sugar stresses that there’s no point in pinning the blame on yourself. Instead, be confident in the fact that you knew your limits, left right away or talked to someone, even though it was tough.

Or, like Maggie, the girl whose best guy friend made an unwanted advance, maybe you reconsidered a relationship. The truth is, avoiding guys who’ve pressured you before is key.

Same for going out with a dude who has a rep for hooking up or being forceful with girls. Generally, it’s just best to not be alone with a new guy until you really know him.

“I’m so glad I wasn’t at the party alone,” Lily says. “If I was by myself, it could’ve been way worse.” And, no matter whether the guy is your longtime crush or the captain of the soccer team: If he tries to make you do anything you’re not ready for, you have every right to say no and walk away.

This is a lesson Lily may have learned the hard way, but she says she’s better for it. “Hopefully, he got the hint, and other girls can learn to walk away,” she says. “It’s OK to say no, and we do not have to accept that kind of behavior from guys.”

Five more things you need to know about saying N-O.

1. As the saying goes, “no means no”—which means whomever you’re with *must* stop as soon as you utter the phrase.

2. Some guys will try to negotiate with you to get you to change your mind: “But we did it last time,” “But I love you,” “I won’t tell anyone, I promise,” “Just this once,” “It won’t hurt,” “Don’t you love me?” It’s your right to say no in any and all of those situations. Then stick with it, even if you’re being pressured.

3. Remove yourself from the situation. You might feel too embarrassed or freaked to text your parents, but make the call and get out of there.

5. Consider this: If a guy is seriously pressuring you to duck into some dark corner or kiss him on the spot and you’re not into it, he probably isn’t going to change his ways—if you two get alone, if he becomes your BF, if anything. Take it as a sign and stick with your girls.

A version of this story appeared in the February/March 2017 issue of Girls' Life magazine.

POSTED IN In the mag, CRUSHES 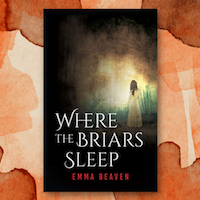