Be a political changemaker: 5 GL girls share their stories 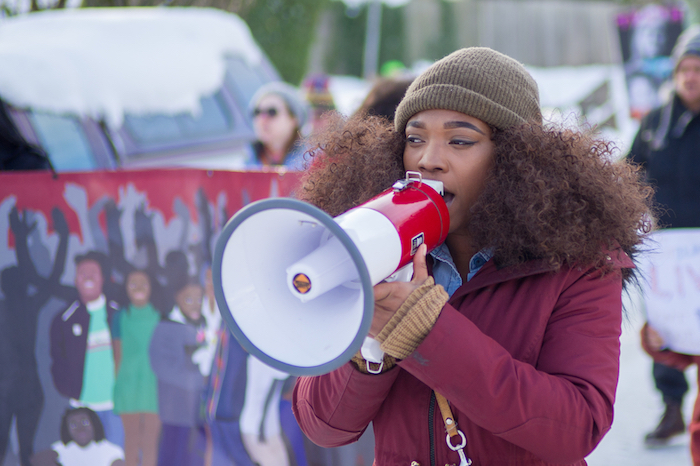 From running campaigns to running for office, meet five girls who are making a difference—even before they can vote.

Think you’re too young to make a difference when it comes to politics? Think again. No matter how old you are, you can start changing what is happening in our country right now.

“Teenagers have so much to offer,” says Catherine Vaughan, CEO and co-founder of Flippable.org, a group seeking to turn red states blue. “It’s extremely powerful when someone says, ‘I can’t vote yet, but this issue deeply affects me—so will you use your vote to help give me a voice?’”

Since last year’s highly divisive presidential election, young adults have engaged in the political process in record numbers. According to Amanda Litman, co-founder of Run For Something, an organization that helps recruit and support young people in government, more than 11,000 millennials have signed up to say they want to run for local office in the past year alone. “That’s unprecedented,” says Litman.

While you still may have a few years before you can legally seek office, now is the time to start making your voice heard. Read on to see how five teens have been able to effect real change—and how you can, too. 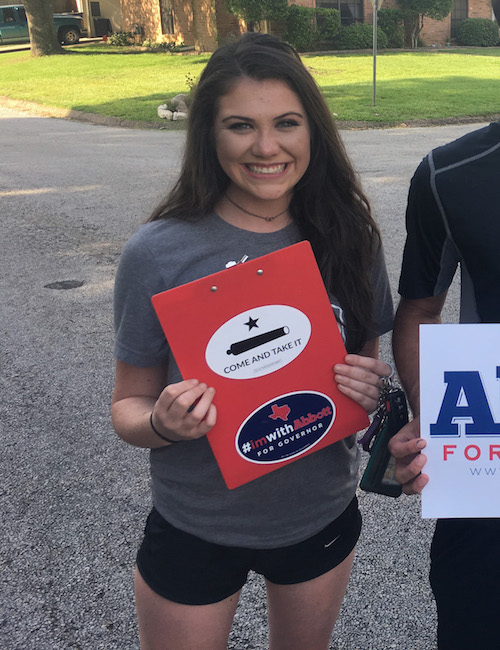 It all started in eighth grade, when the White Oak, Texas, native did a school project about government policymaking. The superintendent was impressed and told his friend Representative Simpson about Haley.

That led to a trip to Austin, where she got a chance to be a policy intern for a few days. “Rep. Simpson was cool—he stood up for what he believed in regardless of whether it was popular,” says Haley. She heard him present his position in favor of legalizing marijuana in Texas, which actually shifted her views on the issue. Originally, Haley didn’t think drugs should be legal. “But he was able to give a solid answer to every question I had, and that changed my mind,” she says.

Though she’s always the youngest person in the campaign office, Haley says nothing is cooler than learning about politics and policy through her work—and she loves being able to share her views with others.

“People often think their opinions are set and are not going to change, but I challenge that,” she says. “I wear my Donald Trump shirt or my Greg Abbott tee and it starts a conversation. Someone will see the name and start talking to me, and I get to explain what these people are all about.” 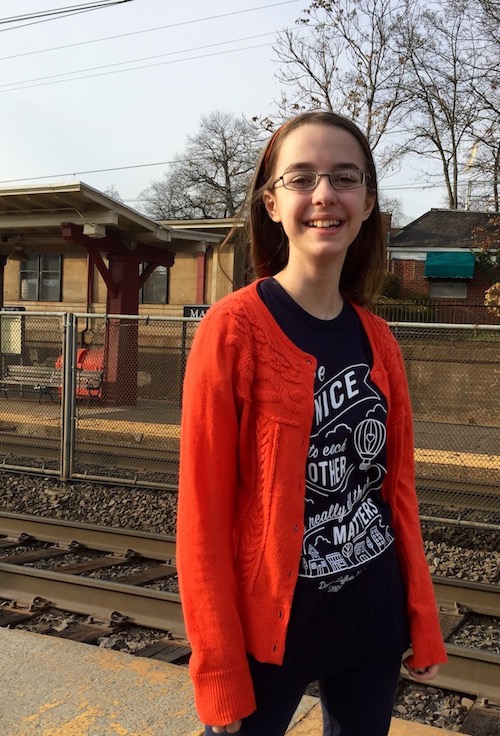 The advocate
When she was just 6 years old, Bryn Healy helped her mother volunteer for Barack Obama’s 2008 presidential campaign. At 8, she made sure that she understood the Affordable Care Act—aka ObamaCare—so she could explain it to others. “I wasn’t fully aware of the scale of the plan, but I knew that it would help kids at my school and kids around the world,” says the Maplewood, N.J. native.

Now 15, Bryn is passionate about increasing voter participation in local elections. “Turnout has gone down, so it’s crucial to talk to potential voters about when and where to vote,” she says.

Bryn’s first step is to visit a local campaign office to get a list of names and addresses of voters that the candidate wants to reach. “They gave us an outline of what to say,” she says, explaining that her parents always accompany her on door-to-door visits. And though she says she sometimes gets nervous or encounters rude people, her experiences are mostly positive.

“It’s rewarding to talk to people from different areas,” she says. “Plus, a passionate voice from a young person can draw in more listeners. I try to express why, as a kid, I care so deeply about issues and who runs our country.”

Next up: Bryn will be knocking on doors to GOTV (that’s political speak for Get Out the Vote) for city- and statewide elections in 2018. “Local elections are really important, especially now, when the Republican government wants the states to have the majority of the power,” she says. “We need to make sure that the states and cities are filled with representatives of the people.” 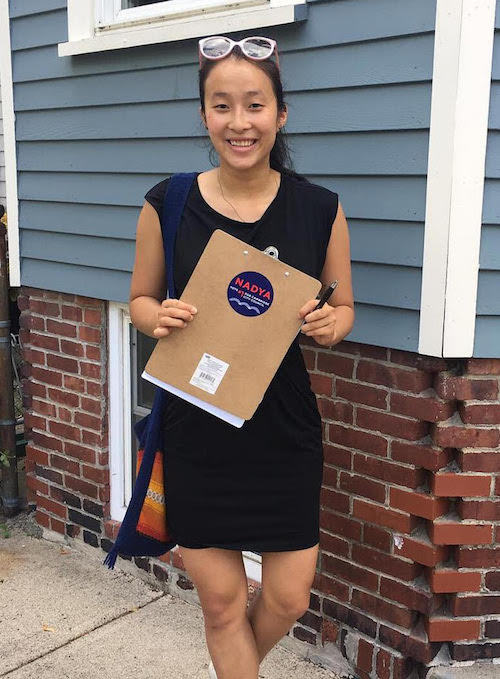 The candidate
As a sophomore at Harvard University, Nadya Okamoto’s plate is pretty full. But that hasn’t stopped her from adding one more item to her agenda: running for City Council in Cambridge, Mass.

At 19, Nadya knows voters may question whether she has the experience necessary
to hold a public office based on her age. Although she’s constantly having to defend her qualifications, she stays strong in her beliefs and motivation for stepping into the political arena. “I am running so that young people have direct representation
and trust in their government,” Nadya states. “We need this generation to speak up.”

Nadya spends her free time meeting with residents and community influencers to bounce around ideas and talk about the city. “The more people see our dedication,”
she says, “the more open they are to accepting me as a viable candidate.”

Despite the hard road, Nadya hopes she inspires more young people to run for office. “We all have a voice—and it is up to us to figure out the best way to use it. Listen. Empathize. Take action.” 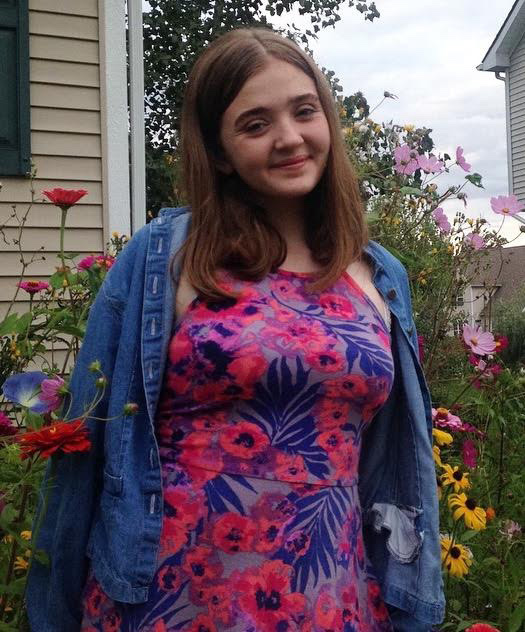 The fundraiser
Seventeen-year-old Sabina Carty is a dream political intern—she thinks it’s fun to canvass a neighborhood to seek support for her candidate, make phone calls and even drum up donations.

“I love talking to people about politics,” says the Dexter, Mich. high school senior. “When you meet someone who doesn’t know the race and you get to tell them about the person you’re supporting, it feels like you’re having a positive influence on the world.” And when she gets someone to give money to the cause? “It makes such a difference—it feels really productive.”

Sabina started volunteering with Gretchen Driskell’s campaign for U.S. Congress in the summer of 2016. “She’s a kind, genuine and honest person—exactly who I want in our government,” says Sabina. From door knocking to data entry to compiling materials, she had a hand in many aspects of the campaign.

Unfortunately, Driskell lost her 2016 race, along with another candidate Sabina was supporting—Hillary Clinton. “It was hard for a couple of days after the election,” says Sabina. “I was really down; I didn’t expect either of them to lose.”

Undeterred, Sabina is now back with Driskell, supporting her 2018 run. “I am a gay woman, and that’s part of what has inspired me to get into politics—we need more representation,” says Sabina. “I tell my friends, ‘No matter how old you are, you can affect things.’” 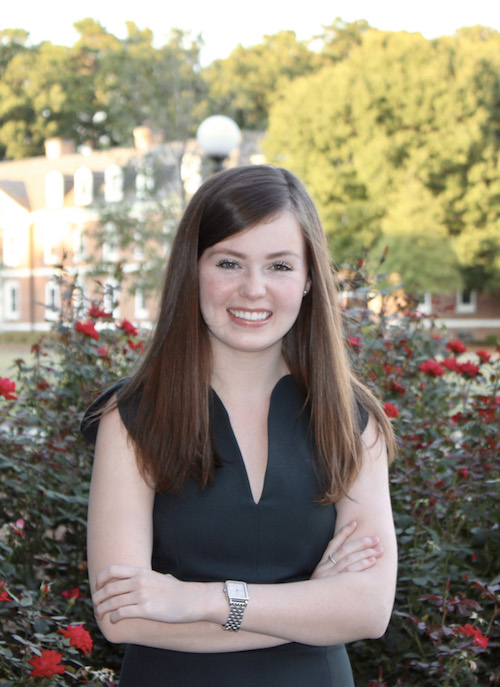 The uniter
Lizzie Bond first became drawn to the political scene by signs placed in yards around her neighborhood in Norfolk, Va. She wound up researching Scott Taylor,
a 2016 congressional candidate—and was instantly intrigued.

“I saw a commitment to fostering a Republican Party that was compassionate, inclusive and forward-looking,” says Lizzie, 18. She reached out to the campaign manager through Taylor’s website and joined the team as an intern. Taylor would go on to win his election as U.S. representative for Virginia’s 2nd congressional district.

But later that year, Lizzie decided to cross party lines to volunteer for Democrat
Hillary Clinton’s campaign, becoming involved with the organization Republican
Women for Hillary. “For me, choosing country over party was the right thing to do,” she says.

Engaging with politics in a bipartisan way felt good, and with the help of two peers, Lizzie co-founded an initiative called Bridge the Divide. The group aims to foster political interest, political diversity and political tolerance through conversation
among young people of unique political and geographical backgrounds.

Lizzie couldn’t vote in 2016, but she can now. And she wants everyone under 18 to know something: “While your ability to check a box next to the name of a candidate
is limited by your age, your passion for influencing the world you live in and striving
to create the world you want to live in through engagement is boundless.”

Ready. Set. Get involved!
Plunge into politics with this 5-step plan.

1. Research candidates and issues. Educate yourself on local and national issues, from education to the environment, then find a representative who has beliefs you want to back. Check out whoismyrepresentative.com or ballotpedia.org to identify your district and the candidates or elected officials.

2. Identify your strengths. Maybe you love talking to people, so door knocking or phone calling might be your thing. Or, you could use your ace organizational skills to help a campaign office run more efficiently. And chances are you’re more social media savvy than some of the older volunteers, so helping update the candidate’s profiles or working on shareable graphics might be your role. “There is always a way to contribute to a campaign,” says Litman.

3. Get in touch. “You can sign up to volunteer through the campaign’s website or simply message the candidate’s Facebook page and let them know you want to help,” says Teddy Smyth, campaign manager for Jennifer Carroll Foy, Virginia House of Delegates candidate. “But your best bet is to just show up to the campaign office—someone will put you right to work!”

4. Give it your all. Your voice is valued, so be prepared to speak up ASAP. “You have so much to offer candidates,” says Vaughan. “You can talk to your friends, family and voters about how certain issues affect both adults and kids.”

5. Keep going. No matter how hard you work, there’s no guarantee that your candidate will land in office. But that doesn’t mean your time was wasted—especially if you persuaded others to vote. So even if your candidate loses, knowing that you’ve inspired people to engage with the political process is *always* a win.

POSTED IN LIFE, Get Inspired, International Day of the Girl