Sydney Guillory is our newest STEM-spiration 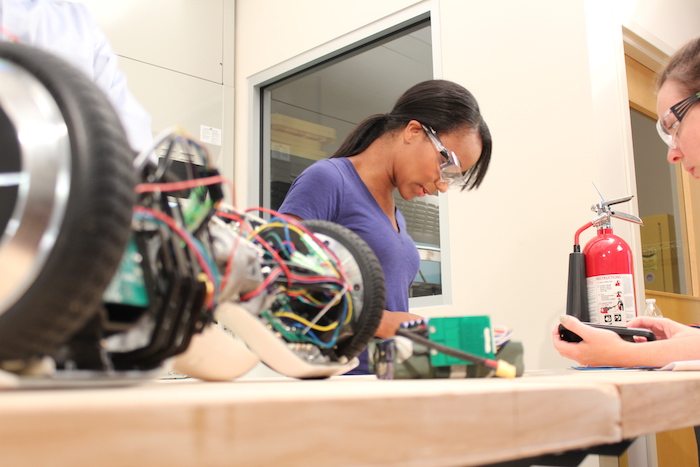 Disney World is the most *magical* place in the world. As kids, most of us were excited to meet Mickey Mouse, thrilled to zoom down Splash Mountain or elated to visit different worlds in Epcot. For Sydney Guillory, the most magical part was how everything came together. “[I’m interested in] how the ride fits in with where the park is, fits in with how people interact with it.”

Sydney knew from a young age that engineering excited her. She shaped her classes and extra-curriculars around this passion. After attending a summer program hosted by Purdue University, the then-seventh-grader realized she wanted to focus on industrial engineering—that’s what made Disney World so special to her! Now 20, Sydney is a senior at the University of Illinois at Urbana-Champaign and is more determined than ever to pursue her passions.

Persistence and perseverance
Sydney admits that for an engineering major, she’s actually not that good at science. She’s taken seven different physics classes and hasn’t seen much improvement. But she’s got her eye on the prize and won’t let that get her down. “So for me, having perspective, knowing not only what my major is but what I want to do with it, kind of helps me get through because if I told someone that I’m interested in being an engineer but I’m bad at physics, they would tell you ‘Maybe you shouldn’t be an engineer,’” she says.

Support system
Sydney’s number one rule: Believe in yourself even if no one else does. As a black woman, Sydney doesn’t see many people who look like her pursuing a career in engineering. Luckily, she’s been able to surround herself with inspiring women who are pursuing some form of STEM. “So I knew I wasn’t alone, but when you get to college, when you get to your individual major, you can feel pretty alone,” Sydney says. “And it’s easy to doubt yourself, doubt if you’re good enough, doubt if you should be here. People have a certain definition of what it means to be a good engineer, what it means to be a good STEM major, but when you don’t fit it and there’s no one else to tell you that’s OK, you can doubt yourself a lot.”

Destination exploration
When Sydney was a junior in high school, she was approached by UL Xplorlabs, an educational platform designed to encourage students to problem solve through science, about a partnership. Through UL Xplorlabs, Sydney has been able to teach young girls—in person and online—about science and speak about STEM. Her main goal is to make STEM more accessible for everyone.

“A lot of times you’re limited by the people around you so you are more likely to see people go into engineering if their parents are engineers than if they were teachers,” she says. “For reasons that they knew about engineering and they had exposure to it. So by giving people a chance to, especially girls who might not have people who are as encouraging in their life, giving them access to something where they can learn about science, learn about something they’re interested in, regardless of where they came from or what resources they have at home, it’s really powerful.”

Smashing stereotypes
When you think of engineers, an image of white men probably pops into your head. That’s because the STEM field is typically male-dominated. This is something that Sydney is all too aware of and takes note when she’s immersed in this world. “Sometimes you talk to someone at a career fair and you don’t get the interview. And you wonder, is it because I wasn’t good enough or is it because I’m black? Is it because I’m a woman?” Sydney says.

Sydney doesn’t let that deter her. In fact, it inspires her to push even harder for what she wants.

“My hugest thing is: If you love it go for it, and let no one stop you,” she says. “STEM isn’t easy—I was up until 4 a.m. last night finishing up stuff for my senior design class, but if you love it, it will be worth it and every obstacle that you overcome makes it easier for the next girl to follow you. So if you’re ever feeling like you’re alone in this, remember that by accomplishing this you make it easier for everyone to follow you, so you are paving the way for girls to come, and it makes it a little easier to get through it all.”

POSTED IN LIFE, Get Inspired, stem, International Day of the Girl 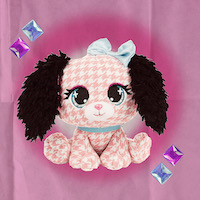