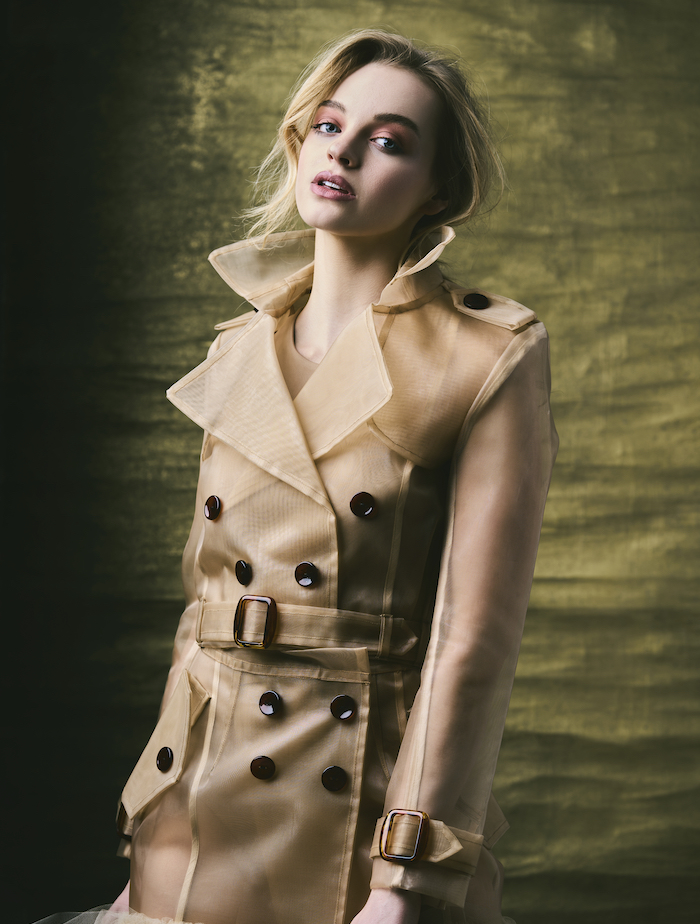 Obsessed with High School Musical: The Musical: The Series and its ~seriously fantastic~ second season? Us, too. We can't get enough of the sing-along musical moments, twists-and-turns plot and, ofc, the good vibes we get from its beloved characters.

One unexpected element to this season (besides the fact that we've moved from HSM to classic Disney with Beauty and the Beast): Brand-new character Lily and the ultra-competitive spirit she brings from East High rival North High. While we don't *always* heart Lily, we absolutely heart Olivia Rose Keegan, the amaze actress who's taken on the exciting role.

Get ~all~ the BTS deets of HSMTMTS and hear Olivia's fabulous advice for staying true to yourself in our exclusive interview...

Girls' Life: How did you feel taking on the role of Lily in HSMTMTS?

Olivia: It's been an actual, literal dream come true. The audition process was *really* fun, which is not something you can always say about auditions. From the moment I stepped in the room, everyone was so sweet. The casting team is so nice and really incredible. I ended up even making friends at the callback and having these great conversations with people while we were all in the waiting room going in and out of the audition. From the first moment it had such good energy and such positive vibes all around.

On paper, it's an intimidating situation when you're coming onto a show for Season 2 and everyone's already gotten to know each other and gotten close in the first season. But the second I walked on set, within five seconds all of those [nervous] feelings melted away. Every single human in the cast and crew could not have been more warm and welcoming. I am so grateful for everyone involved.

Olivia: Every day on set feels like a movie because you're surrounded by all these talented people. During the beginning of filming before the COVID-19 shutdown, we were all hanging out in a bigger group with all the dancers. Somebody started playing a song from the show and it was incredible because everyone knew the same dance choreography and just broke into it. I was the happiest audience member just sitting there as this whole entire room just came to life—I'm there watching this Broadway-caliber performance with some of the most talented people I've ever met in my life just breaking out into song and dance in sync. It just felt like I was *actually* a member of High School Musical.

Girls' Life: How did you relate to Lily when filming the series?

Olivia: Lily is ambitious and highly competitive. Hopefully we're not too similar—because if you watch the show you know that Lily is not the *most* loveable right off the bat. But that's good. I don't want people to love her, I want people to get frustrated with her and love to hate her. That's the brilliance of the writing.

I'm also ambitious and competitive, but the difference is that I prefer to be competitive with myself and only myself. Lily thinks she needs to knock other people down to get what she wants. Of course that's not true, but she hasn't quite realized that yet.

It's really fun and tricky—a great challenge—when you're playing these sort-of villainous characters. You have to get behind and believe in everything you're saying and doing, no matter how bad it is, and so it's always a fun challenge to try to justify [your character's actions] somehow to make it feel right.

Girls' Life: Who inspires your acting?

Olivia: Lately, I've been going down a Heath Ledger rabbit hole. [Ledger] and Sarah Jessica Parker, actually. I enjoy [following along with] certain careers for a time. All of the greats, of course, are brilliant at their craft and it's such an interesting challenge to try to figure out what makes them so great and original and so wonderful.

Girls' Life: Any dream roles for the future?

Girls' Life: What do you like to do when you're not acting?

Olivia: Over quarantine, I started watercolor painting, so I really enjoy that. I love going on hikes and exploring new places outdooors. Right now, honestly, I've just been making up for lost time with my friends after the past year. It's so wonderful to just be able to hug my friends again and spend time with them.

Olivia: Be yourself—it's the most beautiful and interesting thing you can be. Comparing yourself to others is an endless rabbit hole that is so pointless to go down. Originality is what makes the world go round!

Image Credit: Katie McGehee. Parts of this interview were edited and condensed for clarity.