Bailee Madison isn't just an actress. She's a producer, too. 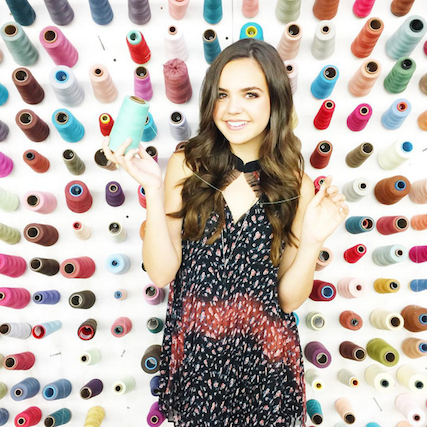 Ladies, listen up and take note because Bailee Madison is about to take Hollywood by storm. You may recognize the 15 year-old actress from flicks like Just Go With It or Bridge to Terabithia or as Sophia in ABC Family's show The Fosters, but thanks to her new proejct, you’re about to get way more of her talent. Not only will Bailee star in the upcoming film Annabelle Hooper And The Ghosts of Nantucket, but she will also be producing the movie.

According to Deadline, Bailee will be playing the title role of Annabelle Hooper, a young writer who, while looking for a mystery for her new book, stumbles across a legendary ghost story right in her own Nantucket home. With the help of her brother Jake and friend Maddi, Annabella hunts to uncover the true tale of the Caulfield House’s “White Widow."

The budding actress tweeted her excitement at the news of her producer status to her followers.

The movie won’t be released until next year, but in the meantime check Bailee out in Hallmark Channel’s show Good Witch. Congrats, Bailee and thanks for showing that teen girls can achieve their dreams, no matter what age! Even more awesome? Bailee's using her authority to include her fans in her filmmaking.

Are you excited to see Bailee's work, both on-screen and off, for Annabelle Hooper? What do you dream of doing one day?