How do I tell my friends I still like a heartbreaker? 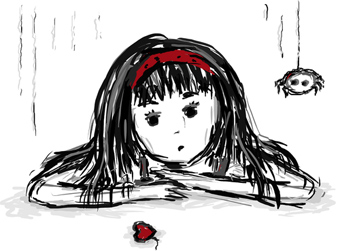 I really like this guy and he likes me.  We were kind of going out for about six months. Then I "broke up" with him. He got really mad and started saying all these mean things about me to me and his brother. I was really upset and hurt. We secretly talked because my friends didn't want me speaking to him but I still liked him.


I feel bad about lying to my friends about liking him and I want to tell them the truth. The thing is he isn't the best guy. We're total opposites. Should I just be honest with my friends? Or does it sound like I should get over him (I've tried that and it doesn't work)?


Hey hon, someone who makes you feel like crap really isn’t worth your time or attention. Period. But I know it's easier said than done. Trust me, I’ve been there. And believe me, both of us deserve the best!


It seems as though this guy has some anger-control issues. Chances are he was the perfect BF while you were together. Then you broke up with him and he suddenly he starts talking trash? Sounds like he has some issues and he's taking them out on you, which is not fair at all. Did he apologize after he said those mean things to you? More importantly, did he mean it if he said he was sorry? If not, it's time to move on, chica.


He probably doesn't even think he did anything wrong and, because you're such a nice girl, you probably want to give him another chance. But he's not going to change overnight. And if you can't tell your friends the truth about him, that's a sign he may not be the guy for you. Make a list of his good qualities and look for those traits in other guys. Remember, he’s not the only boy out there. Any guy would be absolutely lucky to go out with you!