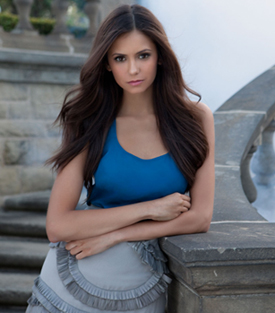 Move over, Kristen Stewart, there’s a new girl in town, and she’s in the middle of a brotherly battle between two vampires.

Twenty-year-old Nina Dobrev plays Elena Gilbert, an all-star student who falls for mysterious newbie Stefan Salvatore (a vampire), sparking a rivalry between him and his brother Damon, on the new CW show The Vampire Diaries. And while Nina might seem like a mystery to many, we caught up with the star as she shared a few deets on why she’s so normal…

Her jewelry fix Nina’s into making awesome accessories. But how did it all come to be? “I was eating at a diner with some friends and my fork bent on a hard piece of meat. I continued to bend it until it fit perfectly around my wrist. I thought it was cool, but because I made it, it was THAT much cooler. So I made more for my friends and they really liked them. [I’ve] been experimenting since.”

What she does when she’s feeling bummed “When I get a good cry out and calm down, everything seems to get better. Once you've cried, what else can you do? You've already gone to the extreme. After that, there's no point in sitting there. Time to get on with things and be happy.”

A friendship rule she lives by “Sometimes people you thought you knew can turn out completely different than what you perceived. You live, you learn. You have to choose what kinds of people you want to surround yourself with, the positive or the negative. I chose the positive.” 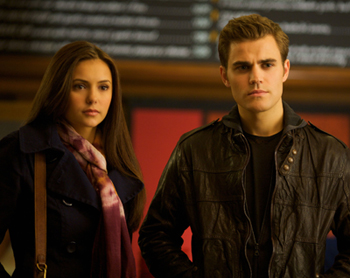 The craziest thing she’s done for a guy “I've done plenty of foolish things. Love is blind. Its not until you're no longer with the boy that you realize how foolish some things you do are.”

Her most hilarious family vacay “[We were] in Mexico one year [and] the airline lost my luggage. My mom took her oversized t-shirts and made me wear them with a belt as dresses. Looking back at pictures, it was the biggest fashion faux pas I had ever committed, but I was too young to really argue.”

Her own spooky tradition “[My friends and I] still go trick or treating! We hide in bushes and scare kids, and occasionally go to my neighbors’ doors. Hey, free candy! I have a MAJOR sweet tooth. I just can't resist!”

Be sure to see Nina on the small screen when The Vampire Diaries premieres this Thursday, September 10, at 8 p.m. ET on The CW. 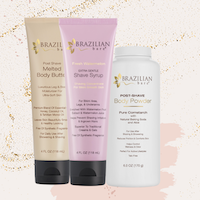