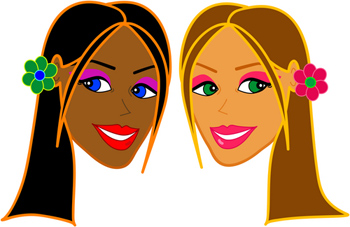 You had a super clingy BFF and just couldn’t take it anymore, so you called her out on it. You said you wanted some space, but she got majorly mad and won’t talk to you—it’s BFFs or nothing! You’d rather have something in between those two extremes, so should you try and compromise or move on?


My (former) best friend was stuck to me like glue. Physically. I got really claustrophobic from her being around so much and I asked for space nicely because I was getting kind of annoyed. But she overreacted and said, "Fine! I will leave you forever!" We had a long argument and now she won’t talk to me.


I told her I don’t want to be her BFF but I also don’t want to be enemies—just somewhere in the middle. But for her, she has to have one or the other. Now that she won’t talk to me she thinks I’m a snob and won't make things better. Help!


BFF Fix-it: A clingy chica is a no-no in any friend sitch. Every girl needs her space and seems like your pal doesn’t understand where you’re coming from. Sounds like she was dependent on you more than you realized and it’s hard for her to see you go—or to understand a friendship where you're not together 24/7.


If you don’t want to be BFFs again, don’t agree to it just because you feel bad. Give her some time to think things over and maybe she’ll be more open to the idea of being just friends. If she got so attached to your friendship, she prob doesn’t realize there's a medium. Time and space will help both of you think things through.


TELL US NOW! Are you dealing with a backstabbing BFF? Vent it out and we'll try to fix your sitch! Click the blue SUBMIT YOUR OWN button and we'll help you erase that evil sistah, ASAP.