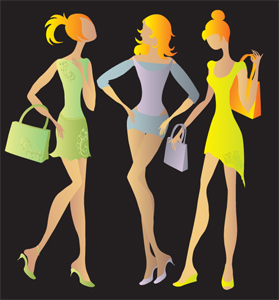 You and your BFF have been inseparable all year, but now she ditched you for someone else. She completely changed since hanging with her new friend and constantly ignores you. Your bestie used to know all of your secrets, but now she is letting them out to everyone!


Now, your biggest secrets are floating around school! What’s going on with your old “BFF?”

My best friend and I were together every single day and we just simply adored each other now. Then, she all of the sudden decide that this bratty girl in her class, Bailey is her new best friend. She is completely different. My BFF wears makes-me-want-barf amounts of perfume, thick black eyeliner and rich amounts of green eye shadow. I try to hint to her that I am so sad but all she does is avoid me.


Then, this one day I told her a huge secret and she blurted it out to everyone! Also, I was talking to my friend and he tells me about the gossip he hears about me and he told me that this girl I don't even know was talking about me. Just a couple of weeks before that my mom had to pay her nursing school entrance fee and we didn't have a lot of money at the time. Then he told me that this girl called me rich and bratty. So Bailey and Cassie went to the bathroom a little later and didn't know that I was in there. I heard them saying that I was stupid and poor. All of the secrets that I ever told her are all over school.


BFF Fix-it: Sounds like this ex-BFF has changed for the worse! I’m not sure why she did such a 180 but it seems to me like she is being influenced by her new friend. Her change in make-up is probably because she feels insecure and wants to fit in with her new group. Most girls will change their self-appearance at first to feel like they belong or to get attention from people they wouldn’t normally get it from. Plus, the gossip she is revealing has really hit you hard and its time to recover!


It sounds to me like you’re not ready to put her in the past. Trying to tell her you’re upset is a good way to make her more aware of your feelings. But, it doesn’t sound like hinting is working!  Ask her to meet in the cafeteria during lunch or after school to catch up and try telling her how much the mean gossip has upset you.  See what she says about the rumors that have been spread. If she’s not willing to stick up for you or if she seems annoyed, forget about her! If she’s not willing to help you out when you’re down she’s not worth it. Find a new group of friends this summer that you’ll be able to trust with all your secrets.


TELL US NOW! Are you dealing with a backstabbing BFF? Vent it out and we'll try to fix your sitch! Click the blue SUBMIT YOUR OWN button and we'll help you erase that evil sistah, ASAP.

POSTED IN bad friend, by bestie is spilling my secrets