Should I Celebrate Our Anniversary? 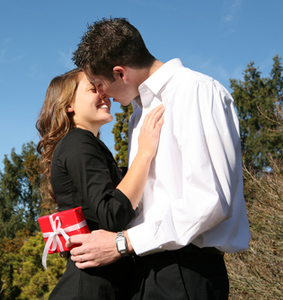 My boyfriend and I have our three-month anniversary coming up, and I don’t know whether or not I should get him a present. What do you think?


BILL: I’d consult one of those anniversary charts by Emily Post or Hallmark. Let’s see.…one-year anniversary: paper; two years: cotton; three months: bubble gum. Wow, that was easy. Of course, you could break tradition and go with something low-key that would mean a lot to him. I was kidding about the gum.


DAVE: Girls put much more thought and emphasis on these matters than guys do. While it’s sweet, I’ll have to be guy-like on this one and say three months just isn’t an important milestone. A year, sure. But don’t make a big deal – either in your mind or at the mall – over this “anniversary.” You’re setting yourself up for disappointment if your beau does nothing in return.