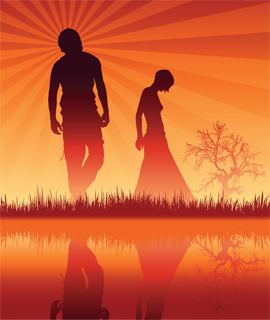 I recently broke up with my boyfriend because of a death in my family. I felt like I wasn't giving him attention at all and ignoring him. A few days later, I found out that my best friend had a major crush on him. She asked me if it was OK if she went out with him.


I lied to her and said it was OK but I was really hurt the day they started going out, and now I can't stand to talk to either one of them. I still really like him and I think he still likes me too, but my friend adores him and the last thing I want to do is hurt her. It hurts though because she knew how much I cared about him and she went out with him anyway. I have no idea what to do now.


Hey babe, this is a really tough sitch to be in. You want to be happy for your friend, but you also feel hurt and confused about why she’d start dating him.


The best thing to do in this case is to talk to your BFF. Get her one-on-one and tell her what’s been going on, being totally honest about how you feel. She might just think you’re over the guy and since she did ask you first so she prob thinks she’s in the clear. Just be honest and let her know you were confused then but you’ve thought it over and it’s hurting your feelings. Try to make her understand that you’re being sincere – not jealous.


If it’s looking like she won’t even consider the possibility of taking a break with the guy or making a compromise with you until it’s worked out then consider maybe taking a mini break from her. It doesn’t mean she has to dump him right away because you say so, but she should at least be willing to tone it down or come up with some other idea to help you. It’s never cool when a girl picks a guy over a friend. If something changes though, and you decide you’re happy with them together, then still talk your concerns out to keep the communication open, but let her know she has your support.