Stuck in the Middle...of Sisters! 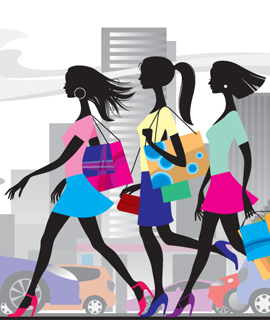 I have a huge problem. I have two friends who are sisters and they fight constantly. They both want me to take their side of the story. They threaten to not be my friends anymore or to never talk to me. Also, they are known for lying. I'm stuck in the middle of all their fights and it doesn't seem fair. What should I do?

Ahhh! Get your self out of this sitch asap! It must be really stressful being stuck between two sisters who can’t get along. I can understand what you are going through since this has happened to several of my college friends. You can get yourself out of this sitch by doing the following.


No matter what happens, DON'T take sides. Listen to each side of the story and try to mediate any conflict as objectively and calmly as you can. Suggest ways that the girls can deal with their problems without favoring one over the other.


But you can't be their helping them out with their probs all of the time! Tell both of your friends individually that it hurts your feelings tremendously by being shoved in the middle. Use “I feel” statements to tell them that you care about them but that you don’t want to take any sides. Even though they are known for lying, be as honest as you can with them. You want the best for your friends, so tell them to deal with their drama within themselves.


Distance yourself from the drama. Hang out with your other pals when their fighting gets to be too much or their lying gets way out of hand. When you put some distance between the three of you, they will also understand that their behavior is chasing away their friends.


Even though this is a sticky sitch, you can get yourself out of it by talking it out, being honest and knowing who your real friends are. Good luck babe!

POSTED IN bff, Friends, 411 on fighting with friends