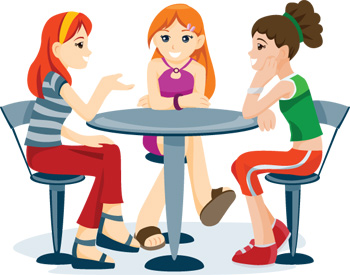 Friends who blab to your new crush, don’t seem like friends at all.  Then to make matters worse, they make up fake stories and your crush ends up crushin'...your heart! So not cool!


I thought two girls in my class were my friends, until one day they found out I had a crush on this major cutie (who happened to be one of their ex’s - she dumped him, so she was obviously sooo over him). I swore them to secrecy, but then in study hall they told him I was head-over-heals and wanted to make out with him. He said something like, “Ew, her? No, I would rather die!” I was so mad. I had just fallen for him, and I wasn’t ready to make it serious or anything. Then they were like, “Well you told us to tell him.”  UH, NO!
BFF Fix-it: Toying with a friend’s ex can make for a super sticky situation, even if they say it's OK.  When these girls told you they were your friend, chances are they were lying. They might think it's cool to make you feel bad, or look silly, but for real, I’d say it's best to give that friendship the boot!
TELL US NOW! Are you dealing with a backstabbing BFF? Vent it out and we'll try to fix your sitch! Click the blue SUBMIT YOUR OWN button and we'll help you erase that evil sistah, ASAP.