Her Struggle with Cutting 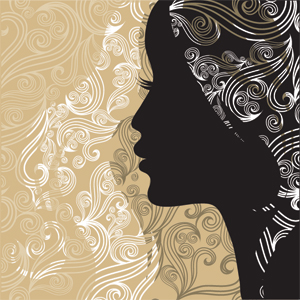 Imagine if you weren't allowed to talk about your feelings. You could gossip, joke, discuss mundane things, like school assignments, but no feelings allowed! You'd probably explode, right? That's exactly how Chloe felt…before she began cutting.

All kids get stressed, but many get to talk it out. My relationship with my parents wasn't good, and although I had a lot of friends and a brother and sister, I've never felt comfortable telling anyone my problems. I hated the thought of people feeling bad for me or thinking I was a complainer. And my parents didn't like to hear it, so I pretty much put on a happy face. That's probably why I started cutting myself.

In seventh grade, when I was 13, I had my first boyfriend. At the time, my parents forbade me to go out with him, partly because I was too young but also because they didn't like him. That was the beginning of a downhill slide in my relationship with them. Since I was not going to stop seeing my boyfriend, I lied to them all the time, and whenever I was caught—which was often—I got grounded. I tried so many times to talk things out with my parents, but they just would not listen.

My parents surely mean well, but they were extremely controlling, making all my decisions for me. They also pressured me about grades, friends and basically everything I did. They thought I didn't push myself enough. I'd look at my friends who were close with their parents and wish I had what they had.

THE LAST STRAW, THE FIRST CUT
In eighth grade, everything imploded. I was overwhelmed with school and my parents, so without thinking. I went into my kitchen, got the scissors out of a drawer, and cut myself on my wrist. The weird thing is, I wasn't scared. I didn't even consider that I could have killed myself. It bled and stung, but for some odd reason, it felt good. I pushed on the cuts to continue feeling the sting. I felt a sense of release...and calm.

I knew it was horrible, but I couldn't stop. From then on, I always used the scissors to cut myself. I never showed anyone my cuts, because I was ashamed, but my boyfriend noticed and asked me what had happened. For the first time, I lied to him and said I'd scraped myself. I felt terrible about being dishonest with him. He was worried, though, so he went to my best friend and told her about it. She was so upset that she nagged me until I finally admitted I had been cutting myself. She told me I had to stop, but once again, I lied, promising never to do it again.

My cuts were on my arms, so I could hide them, and on my ankles, so they would look like sports injuries. I also started cutting my hips since nobody but me ever saw them. I was clumsy anyway, so it was easy for others to believe I'd had an accident.

HURTS SO GOOD
There was no pattern or regularity to my cutting, but my self-esteem was so low that whenever I was totally upset, I'd pull out the scissors. My cuts were never life-threatening, so I never had to go to the hospital. I'd try to control myself, but that was extremely difficult. The cutting had actually become addictive.

If people were to look at me, they'd never imagine I was a girl who would intentionally hurt herself. But I did. Knowing that made me feel worse—so I'd cut myself more! I felt I wasn't strong enough to handle things most other people could.

Oddly enough, other that the self-mutilation, my life was normal. I got great grades, I played soccer and field hockey, and I had a lot of friends. It was like I had two lives. Around my friends, I always acted like I was happy. But when I was by myself, I felt extremely lonely and angry, like an outsider looking in.

I kind of resented the fact that my friends and family didn't just magically know about my problem and offer to help me. That was so unfair of me to expect, though, because I never let anyone get that close to me.

Whenever I felt the need to cut myself, I felt frustrated, angry, stressed depressed, confused and anxious all at once, and that was too much for me to handle alone. Cutting myself was my only sense of control over my life since I had absolutely none at home.

TRUTH OR CONSEQUENCES
When I was a sophomore, my boyfriend had had enough. He was the only one who knew I was still doing it, and he said, "You have to stop. If you don't, I can't be with you."

I was devastated. I knew I couldn't take it anymore. I decided to see a therapist. I didn't tell my parents about my cutting, but they were very supportive about getting me counseling. I didn't tell her about my cutting right away, but it came up pretty quickly. She focused on the fact that I always kept everything inside and helped me understand the impact of letting those feelings build up

I finally told my mom. We were having a huge fight, and I blurted, "I used to cut myself, and it was all your fault!" My mom cried, but she really didn't say anything. I'd hoped it would somehow make her realize how hard they had been on me, but that didn't happen.

Even though my problems with my parents haven't been resolved, I know cutting is not the answer. Therapy is now my release. I have a place where I can express myself and be heard.

I've had one relapse. It was in 11th grade, and I was having a really bad day. I'd done poorly on a test and was scared of how my parents would react. It sent me over the edge. I cut my arm deeply, and that scar is my worst. Afterward, I felt terrible about what I'd done, so I promised myself I'd never do it again—and I haven't for over a year now.

HER "LIFE SUPPORT"
I still see my therapist, which makes all the difference. I also have a peer support group at school. We meet weekly to talk about everything that stresses us.

I also volunteer at Teen Line (1-800-852-8336), a helpline where I answer phones and talk to kids about their problems—which actually helps me with mine, too. I know that one day I will get a call from a teen who self-harms, and I'll have so much to offer. What I've gone through has taught me to be more understanding of other people's problems. I used to think, "What kind of weirdo cuts herself?" But now I know it's not about cutting or anorexia of doing drugs—it's about emotional problem that need to be dealt with.

When I look at the scars on my body, it doesn't make me sad. It really makes me aware of all I've been through—and how far I've come.

By: Chloe, 17, as told to Sandy Fertman Ryan