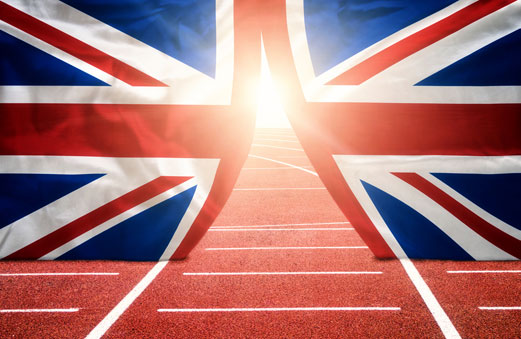 I love the Olympics. From July 27 to August 12, I’ll be watching along with the rest of the world to cheer on the more than 10,000 men and women who have gone to London in search of just one thing—gold.

The determination, courage, strength and skill of these athletes can excite and move me like almost nothing else. I know how hard they have worked and what they have sacrificed. I know more than most people.

I was 5 the first time I saw my grandfather’s Olympic medal. Kept in a velvet box in a special drawer, the medal and what it represented fascinated me. From the time he was old enough to walk, my grandfather rowed. By the time he was 12, he was racing against some of the top athletes in his native France. Often competing with his brother Fernand, my grandfather won 18 National Champion medals and enough international prizes to fill the numerous trophy cases that lined the walls of his rowing club.

But it was the Olympic medal that held me the most captivated. As a kid I’d gaze at it often, trying to imagine what it must have felt like to win it.

I wondered what he thought about, standing up on that podium. All those years of slipping his shell into the water at dawn? How many times he’d swept the oars prior to that one moment? Holding the medal in my hand, I could almost see the cheering crowd, feel the weight heavy around my neck. And while I’ll never be one of the very, very few to experience the pure magic of being the best in the world, I have held on to my desire for my own version of that feeling—it fuels me every morning as I do my own early morning workout then set about creating another amazing (humbly speaking) issue of GL (in the immortal words of Lady Gaga, I was born this way, baby).

My grandfather died before I got the chance to ask him about that day. The medal has been moved out of the secret drawer and into a safe deposit box. But every Olympic year, I think about it. I know when I watch the winners of London bow their heads to take their place in history, I’ll be thinking of my grandfather. I’ll also be wishing that, just for a moment, I could have been there—cheering him on as he realized the dream of a lifetime.
xoxo Karen the Editor

PERFECT FOR FANS OF PERCY JACKSON

In order to save the mortal realm, Zachary Ying must journey into a world where Chinese history and myth collide. Follow Zack on his mission to seal the portal to the underworld—and save his mom before she disappears forever. Enter to win here!