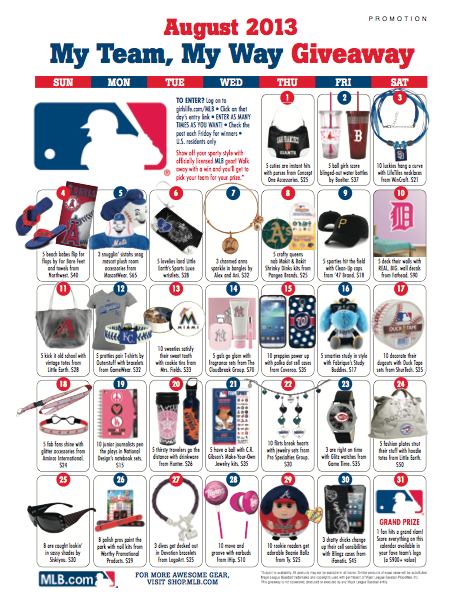 Show off your sporty style with officially licensed MLB gear! Walk away with a win and you'll get to pick your team for your prize.

To enter: Check out the August giveaway calendar * Click on that day's entry link below * Enter as many times as you want! * Check this post each Friday for winners * U.S. residents only

Click each date below for your chance to win (and congrats to our winners!)...

DREAM BIG AND LIVE WITH CONFIDENCE

What if you could live without limitations by setting aside fear, anxiety and comparison? Best-selling author Sadie Robertson’s new devotional shares how you can learn to be authentic, follow your passions and celebrate every moment in life.
Enter to win here!