In a society that champions smooth skin, one teen shares why she chooses not to shave

This is a tale of adventure, excitement, heartbreak, tragedy, sorrow and empowerment. It is a saga of self-love and self-hate. It is the story of my body — or, more specifically — the fuzz that has occupied it since the day of my birth. 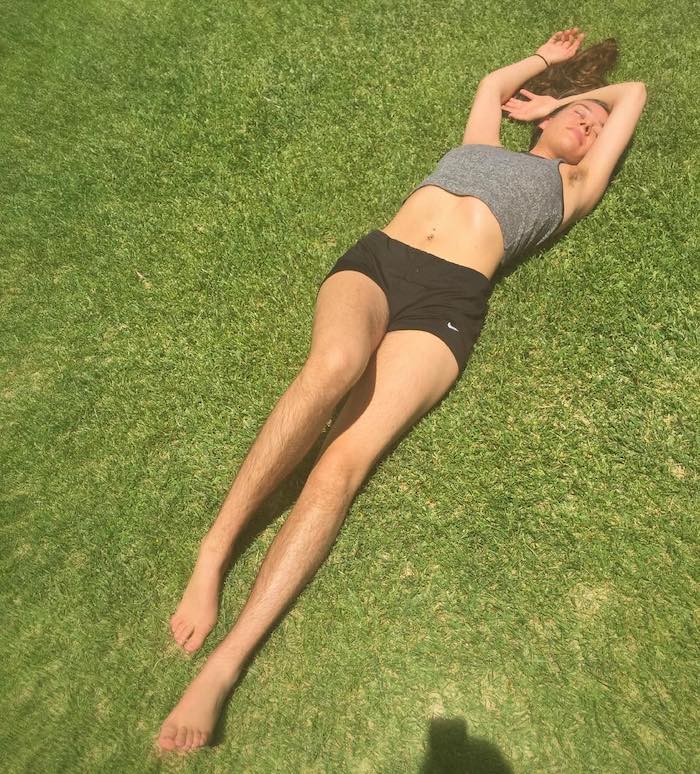 Let's flashback to 15 years ago: I was born to a mother of Portuguese descent and a Jewish father. I was beautiful, I was smiling, I was gurgling gleefully...and I was high-key hairy. Luckily, because I was a baby and not yet tainted by the world of vanity, my furry appearance was of zero consequence to me.

But, soon enough, it would become an issue that practically dominated my existence.

Fast forward to fourth grade. I had reached puberty and (lucky me!) I developed early, sprouting rampantly growing patches of thick, dark fur all over my body.

My good friends were there for me, of course, to very helpfully point this out: “Gosh, you’ve got really hairy legs!” and “You have really big eyebrows,” and let’s not forget my personal favorite, “You could be a guy.”

In a desperate attempt to gain some smoothness, I stole my mom’s razor — and spent an hour in the shower removing every last hair from my body —and then another 30 minutes meticulously plucking away my unibrow.

By the time I was finished, I was nicked and bleeding and exhausted — but you better believe I was hairless. The razor was my new best friend!

The next day, I strutted off to school in a short skirt and tank top and impressed my friends with my lovely dolphin-like legs (and a couple gruesome battle scars). My glory, however, was short-lived. When I woke up the next morning, I reached down to stroke my sleek calves and recoiled in horror — my fingers instead encountered a disgusting prickliness. Upon closer inspection, I found tiny black hairs poking through my skin’s surface.

I ran to my mom, confessed to my razor thieving and pleaded for help. She informed me that stubble was a simple fact of life. I considered my future: Shaving was no easy task...and performing that tedious chore practically every day for the rest of my life? It seemed like a punishment—like torture!—TBH.

But I was committed. And so until the end of fifth grade, I worshipped the goddess Venus in all her fuzz-busting glory.

Then, during the summer before middle school began, I decided to pack up and trek east to Vermont to attend a wilderness camp that was very outdoorsy, very peace and granola and very, very hairy.

At first, I hated it: It was a month of emotional trauma and tear-stained letters sent home bemoaning the misery of summer camp.

One such horror? I was forced to let go of my borderline compulsive shaving habits. There was a 15-minute window of time in the morning in which to shower—and this involved running across half of camp in a swimsuit and towel with the mandated all-natural bathing products in tow.

Once I obtained a nozzle in the cramped group stall located in a rustic log cabin with a cold gravel floor, I had to finish bathing in under five minutes (before a bigger and scarier camper would push me away).

Showering was such a pain that I started doing it only once every, oh, four days or so. Needless to say, my stubble-removing habits disappeared down the drain — right along with the suds from my organic virgin coconut oil shampoo.

But while at camp, I gained a certain respect for women’s bodies as they are in their natural state. And trust me: There were bodies, bodies, everywhere.

Daily swimming lessons were not optional, but bathing suits were — and many girls swam in nothing but their birthday suits.

Wild Women in the Woods was a favorite evening-time camp game — and it involved stripping down, then plastering one’s body with mud and foliage and playing a very intense version of tag.

All this nakedness scared the heck out of me — as did the extreme hairiness of all my counselors. They went on midnight hikes, meditated, knew all about organic farming and how to play the guitar, brewed fresh ginger tea for campers when they felt bad, sang folk ballads to put the girls to sleep, braided their hair with wildflowers—and had the hairiest legs and armpits I had ever seen on anyone, myself included. They were terrifying. And they were beautiful.

Unfortunately, when I realized how awesome they were, it was too late. I had already left camp and was back in the real world — where I again felt the pressure to shave.

I was immediately back at it: fervently attacking my beastly shagginess and somehow managing to pull off a state of continuous smoothness until the next summer, when my parents told me we were taking a two-week vacation to France.

Now, something you must know about Paris is that it is rumored to be the hairiness capital of the world. Another thing you must know is that this is a *total* lie. Parisians are possibly more obsessive about hair removal than Americans are.

Not that I knew it at the time. After hearing all about the fashionable (and supposedly proudly hairy) women of France, I was eagerly anticipating once again being among fellow furry females.

I didn’t shave for two months before traveling to France. And on that first day, I sported a tank and mini for optimum hair-flouncing.

It was possibly the most disappointing day of my life.

The second I hopped on the Metro that morning, I knew something was wrong. Women sitting in the seats facing mine kept glaring at my legs and snickering in French. And a sur- prising number of other people noticed, too, staring at me in either disgust or pity.

I only got one positive response: Two backpacker boys speaking Dutch gave my hairy legs and pits the once-over, then smiled. One of them even gave me a thumbs up. Good thing my parents weren’t looking.

After one day of being fiercely furry, I was sick of all the reactions and decided to shave it off. I loved France, but I definitely felt betrayed. If you can’t be hairy there, then where can you be?

Once back, I got semi-used to on-again/off-again shaving. While it was pleasant to feel my sheets against my smooth skin at night, it was also fun to occasionally let it grow and see how much I could horrify people. (It’s pretty surprising how many people are totally unaccustomed to a bit of body hair.)

This became very apparent to me at lacrosse tryouts before freshman year. I didn’t shave for the last two weeks of summer and, when I reached up for that first ball, the girl next to me glimpsed my fuzzy armpits and cried, “What’s THAT?!”

“Because I’m lazy. Because I don’t mind,” I replied. It was true. Yes, I was possibly lazy, but more importantly? I. Didn’t. Mind. Hair was no longer offensive to me. After years of hair-loathing, I suddenly felt equal to those who stay eternally smooth.

Don’t worry, be hairy! Corny? Yeah, for sure — but it certainly sounds nice.

This article was featured in the August/September 2019 issue of Girls' Life magazine. 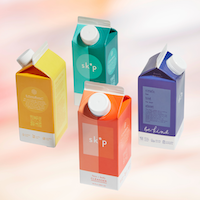 Sk*p = hair and bodycare that’s good for you *and* the planet. Enter to win here!