Chomp your way to better grades 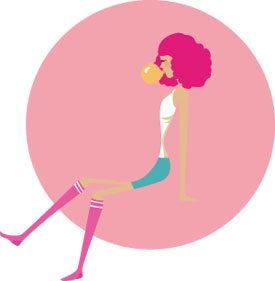 Chewing gum in class might not be such a bad thing despite what your teacher and janitor might say. A recent study funded by Wrigley's gum found that chewing gum may actually help teens boost grades in school, according to MSNBC.

A study of 108 teens ages 13-16 conducted at the Baylor College of Medicine in Houston found that students who chomped on gum during math class actually got higher scores on a standardized test than students who did not. They also tested to see if chewing gum while doing homework would improve grades and found that the students who did chew gum got better grades at the end of the term than those who did not!

A similar study also found that chewing gum while doing tasks can actually help to reduce a lot of stress, too.

Blog it out...do you think your school would allow students to chew gum in an attempt to boost grades? Do you think it would work?

NO ONE SAID SAVING THE WORLD WAS EASY 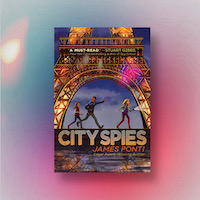 In the first installment of The New York Times best-selling City Spies series, five daring kids from around the world are recruited to become real-life secret agents. Can they navigate danger, life undercover...and each other? Enter to win here!