The Winter Olympics are here! 10 teens we can't wait to watch 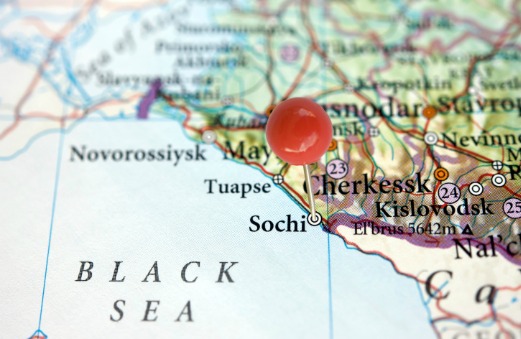 There are so many incredible athletes hitting the world stage this year, it’s tough to play favorites. Here are 10 top teens we’ll be pulling for in Sochi.

Mikaela Shiffrin on the slopes

Mikaela is the reigning slalom world champion—and she’s just 18 years old. The American, who is known as “Mika” abroad, will be competing in two events, both the slalom and the giant slalom (which are scheduled to run on Feb. 21 and Feb. 18, respectively). She is already a record-breaker, as the youngest American to ever hold a world ski title.

He’s won the glitzy medal twice in a row at the X Games, and this year Nick, 19, will tackle the Olympic’s first-ever freestyle skiing slopestyle event. We love his story: This Indiana native went door to door, handing out fliers and doing odd jobs to raise money for his equipment. He hits the slops on Feb. 13.

At 15, Maggie is a high school freshman. But that’s not stopping her from hitting the powder on Feb. 11 for Team USA in the women’s freestyle skiing slopestyle event. She has won national and world championship events as well as a silver medal at last year’s X Games.

Eighteen-year-old Gracie nailed U.S. Nationals, taking home first place and ticket to the Sochi Olympic Games. With her medal-ready name and complex, artistic routines, she’s a success story in the making. Be on the lookout for her trademark blond locks and red lips—and, oh yeah, those powerful, consistent jumps. She competes for the new figuring skating team event Feb. 8 and Feb. 9, then in the solo event Feb. 19 and Feb 20.

Sara Takanashi jumping into the Games

Since 1924, men have been competing in ski jumping on the Olympic level. But this is the first Games in which ski jumping will be a women’s event, as well. Leading the charge is 17-year-old Japanese jumper Sara Takanashi, who already has 17 World Cup wins under her belt.

…And Sarah Hendricken challenging her

She looks like a old-timer to Sara, but at 19, American Sarah Hendrickson may just be the only athlete who can truly compete with the Japanese ski jumper. She was the 2013 world champion, but since then, she’s suffered knee ligament damage—yikes! The two go head-to-head Feb. 11.

Justine Dufour-Lapointe competing with her two sisters for Team Canada

The story of the Dufour-Lapointe sisters—Justine, 19, Chloe, 22, and Maxime, 24—is a fantastic one. The trio take the three spots on Canada’s freeystyle skiing moguls team. Best of all, they are all good enough to land on the podium. Now wouldn’t that be a sight to see? They hit the powder Feb. 6 and ski in the finals on Feb. 8.

The youngest male American luge Olympic competitor ever, Tucker, 18, got his start in his own backyard. While watching the 2002 Games on TV, he and his family said, “Hey, doesn’t that look like fun?” and built their own run. He gets his start Feb. 8.

Arielle has been strapping into snowboards since was 7 years old. Now, she 17 and is taking the circuit by storm. This past year, she medaled at almost every event she entered, including a bronze at her very first X Games and gold at world championships. She will be competing in women’s halfpipe on Feb. 12.

Which Olympians will you be rooting for? Tell us in the comments!

+ Stay trim and get yummy recipes with Get Fit Fast, our weekly health newsletter

+ Love your bod! 6 moves to boost your body confidence