7 football catchphrases to help ya pass as a super fan 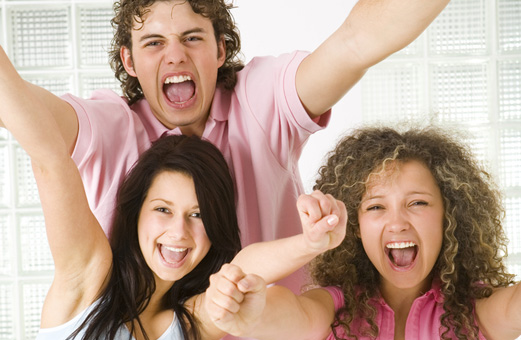 Stuck on the couch watching an afternoon of football? Whether you’re trying to impress your brother’s super-cute friend or just wanna show Dad that you do so know a li’l something about his favorite game on the planet, here are seven catchphrases to know—and sprinkle into your game-time banter—to pass as a super football fan.

“Man, it would be so awesome to tailgate before this game!”

Say it when you’re all parked on the couch with plates piled high with food, watching the most epic rivalry game of them all.

Say it when your team is on defense and they catch the ball when the offense throws it.

“The twelfth man is so loud the quarterback can’t hear his play.”

Say it when the fans in the crowd are being extra loud. The fans are considered the ‘twelfth man’ on the team.

Say it when a quarterback gets tackled behind the line of scrimmage. Yikes!

“I hope they can pull off this two minute drill.”

Say it when there are two minutes left at the end of the game and your team needs to get all the way down the field and score to win.

“The offense was pretty creative with that flea flicker.”

Say it when the game is coming to an end, the quarterback has the ball and he needs to throw it as far down the field as possible.  Keep your fingers crossed that someone makes that catch!

OK, spill: What's one thing about football that you totally don't understand?