Is it worth 'fessing your feelings to your crush? 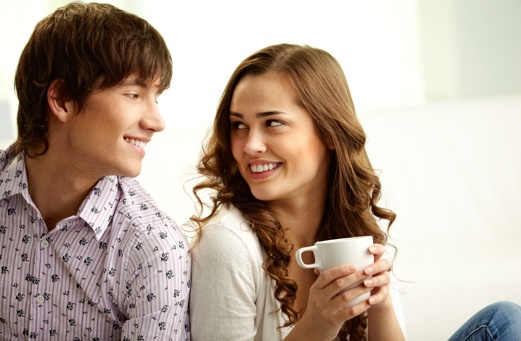 There's this guy I have liked for a long time. He knows that I like him, but I haven't come out and told him. If I brought it up to him, would he start ignoring me?
His Answer: “How do you know the guy likes you? How does he know you like him? You know that saying 'the worst part of a battle is the wait leading up to it?' Well that same uncertainty is petrifying to a lot of guys. Some people would be relieved that a girl was forward with them, especially if he does like her. Others, however will have their ego's bruised from the reversed gender role or begin to feel awkward.” –Drew, 17
Decoded: Asking someone out is actually really scary, what if you get shot down? A guy (although slow to admit it) can get pretty terrified by the idea, too. If you were that nervous, wouldn’t you like it if your crush got the guts to ask you out first? What a relief!  The only reason he would start ignoring you, would be if he felt awkward or uncomfortable. That’s the same way we girls feel if we shot down somebody who liked us.
Your Move: We can admit that asking someone out is just a tad bit risky, but why shouldn’t you be the one risking it? If you're feeling gutsy, ask him. If you'd rather be cautious, flirt with him a bit. See how he responds when you make a move. If he closes off, move on and find another guy. But if he flirts right back, then go ahead and 'fess up. Either way, it all starts with you making the move first. Go for it, girl!

Love this post? You’ll heart these too…
+ 16 signs he likes ya back