"Help! My BF caught me snooping through his phone" 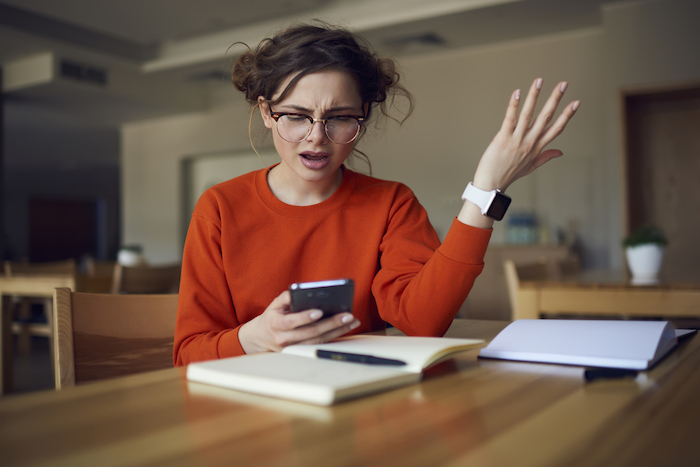 I have a hard time trusting my boyfriend. I have no reason not to, but I’m so paranoid since I’ve been burned before. I went through his phone the other day to see if he got any texts from his ex, who I really don’t like, and he caught me. I apologized and meant it, but I can tell he’s still upset. How can I rebuild the trust?

You and your dude are in the same boat: you’re both bummed that the other person doesn’t trust you. The only way to fix it is to show him that you trust him, which in turn will make him feel better. Once he sees the change in your attitude, he will relax and start to trust you again. As much as it stinks, that’s going to require a lot of waiting.

Can you just not trust him, no matter how hard you wish you could? Try to fake it ‘til you make it! If he’s friends with his ex and wants to hang out with her, take a deep breath and let him. It’ll be hard at first, but after a little while, you’ll see that he can be trusted. You might not like her, but no one can dictate who their BF or GF should be friends with.

As for his ex, is your problem with her or with the fact that she dated your dude? If it’s the latter, you’re going to have to figure out a way to handle ex-girlfriends: they are everywhere! If you don’t like her for her own reasons, try and focusing on coexisting. You don’t have to get along with her, but you should be able to have a relationship with your BF without worrying about her all the time.

Have you ever lost the trust of a BF? Share in the comments below.