I might've blown my chance with my crush. Can I fix it? 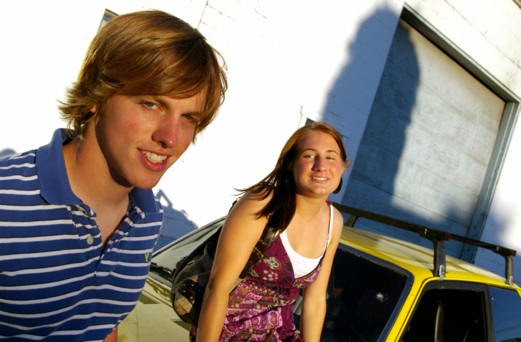 A guy I liked traded numbers with me and I was so excited! We talked on the phone 'til like one in the morning almost every day...and then he asked if I knew anybody that liked him, and I said "yeah." When he asked who I got so nervous that I lied and made up this girl's name. Then he asked if I liked him and I said no because I was so nervous that he might not like me back. HUGE MISTAKE. Now he won't answer my texts or look at me in the hallway. Is it possible that he likes me? Did I hurt his feelings? Is there a chance that he was actually asking me out?

His Answer: "I would say that he was trying to find a way to ask you out," says Tom D., 15. "Just the mere mention of him asking you if you liked him should make it obvious. You definitely hurt his feelings."

Decoded: Trust your gut—you guys were hitting it off ’cause your crush is mutual. He was hopin’ you’d say you had a crush on him, and instead you kinda crushed him.

Your Move: Tom also says to try stopping him in the halls and see if he'll talk to you. But also to be truthful and let him know that you do like him. Guys are “supposed” to ask out the girls, but most guys are too nervous. What is there to lose if you tell him you have a crush?

POSTED IN GL's best guy advice, how to get a BF, crush crash course, guys, Dating, get his attention now, playing it cool